TSUBAKI has now introduced its line of Alpha final drive chains. These new chains are the result of over 40 years of constant product development which has seen the company develop chain technology from the standard ASA 50/60 series to the first sealed O-ring series in the late ‘70 to the current premium TX4-ring chains series. 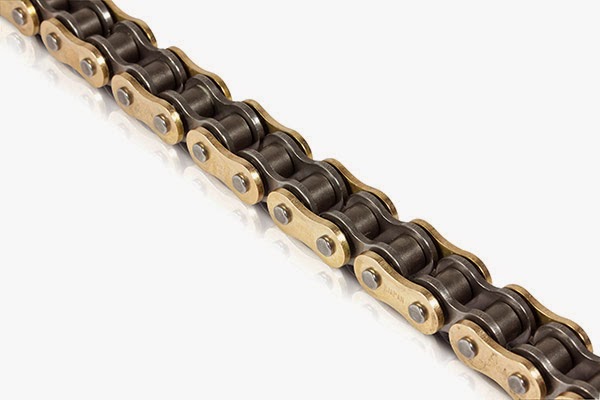 A part of that series of chains is the Alpha XRG Series, a third generation product developed to meet the demand of OE-engineers for a light running, long lasting chain with high tensile strength, for high performing machines. Technology integrated into the chain includes TX4 seal rings to keep lubricants in and dirt out of the inner parts.
The chain, which features distinctive gold coloured link plates, is available in three sizes; 520 for engines producing up to 120hp, 525 for engines up to 135hp, and for engines of 150hp the 530.
The second Alpha Series chain to benefit from the TX4-seal rings and life-time lubrication of inner parts is the XRS, which is said to offer long lasting performance with low maintenance. 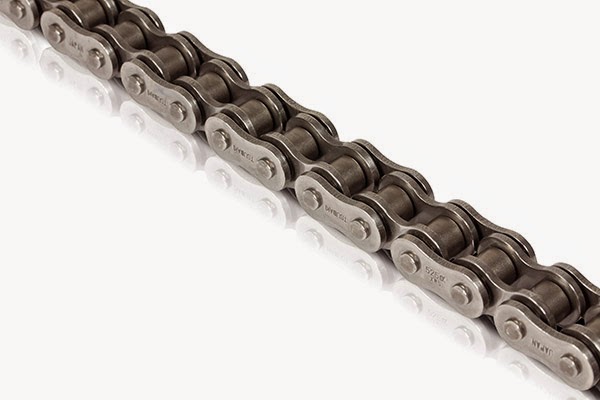 It is available in the same size/hp options as the Alpha XRG Series, and there is also the 428 size for engines producing up to 80hp.